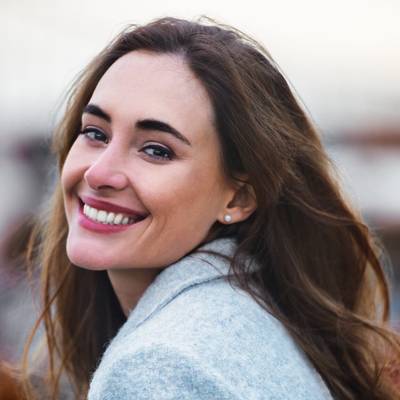 Welcome! My name is Prof. Elaine and I have been writing professionally for years. They say people should follow their passion to achieve happiness. Since writing is my passion, I feel blessed to be able to work as a writer. My main areas of interest are English, Psychology, Nursing, but I am comfortable with other to...

Welcome! My name is Prof. Elaine and I have been writing professionally for years. They say people should follow their passion to achieve happiness. Since writing is my passion, I feel blessed to be able to work as a writer. My main areas of interest are English, Psychology, Nursing, but I am comfortable with other topics as long as the instructions are clear. My clients say that I am a diligent professional who follows the requirements to the tee. I think this is essential to producing quality work. Choose me and you will never have to look for another writer!

Dolores Vallez, a 40-year old single mother of two, had been diagnosed with diabetes five years ago and was doing well managing it. However, for the past three months, additional symptoms such as unexplained weight gain and purple markings around the abdomen and face, bruising easily on the skin and persistent fatigue, prompted another trip to the clinic. What was thought to be mismanaged glycemia, turned out to be a case of Cushing’s Disease (CD). CD is a form of endogenous Cushing’s Syndrome that is adrenocorticotropic hormone (ACTH)-dependent due to the presence of a pituitary tumor. The increase in ACTH secretion leads to enhanced production of the stress hormone, cortisol, from the adrenal glands, which results in a dysfunctional endocrine system. CD is a rare condition with the incidence ranging from 0.7-2.4 million cases per year and is three times more common in women than men (Pivonello, De Martino, De Leo, Lombardi, & Colao, 2008; Steffensen, Bak, Rubeck, & Jorgensen, 2010). The populations at-risk are those suffering from hypertension, type-2 diabetes and osteoporosis (León-Justel et al., 2016) of which women between 30-50 years old with type-2 diabetes will be of focus hereon. It is vital to first treat the CD which should alleviate the concomitant co-morbidity. Most CD cases are caused by primary pituitary adenoma which can be resected through transsphenoidal surgery (Pivonello et al., 2008). If the tumor is too large or is unidentified, radio- and chemotherapy can be carried out together with medical therapy before performing the tumor resection or hypophysectomy. Recurrence may occur in some patients, requiring them to undergo further treatments (Pivonello et al., 2015). Diabetic management should also continue while correcting the hypercortisolism. Although this treatment plan carries the risk of mortality and complications following surgery, the mortality rate is low and disease remission is approximately 78% while 13% of patients suffer a relapse during a 10-year period after surgery (Pivonello et al., 2015). Contextual factors such as the age, socioeconomic status (SES) of patients and social/community support as well as diverse cultural backgrounds should be considered in the treatment plan. Older patients may not be operated due to higher risk of complications and mortality. The SES of patients such as ethnicity, level of income and health insurance coverage, could affect the quality of healthcare received and their willingness to proceed with treatment (Arpey, Gaglioti, & Rosenbaum, 2017). Ethnic minorities and the low-income population in the U.S. are often subjected to poorer healthcare services and outcomes mostly due to the lack of health insurance coverage. Women who are sole breadwinners of their families may not wish to seek treatment for fear of being a burden to the family and the possible loss of employment due to their illness. Having support from the family and community would lighten such stress that may arise. Some Hispanic cultures believe that their illness is due to past-life mistakes or even punishment from their gods (Zaldivar & Smolowitz, 1994). Others with strong religious beliefs may be more compliant with the treatment when patients gain spiritual strength and hope through their religion (Caballero, 2011). It is critical to remain open-minded and non-judgmental when discussing the treatment plan with patients and their beliefs should never be assumed based on their profile. Hence, open-ended questions should be asked to learn more about their beliefs and clarify any misconceptions. In conclusion, the clinical outcome for CD is positive following successful pituitary surgery together with radiotherapy and medical treatment, if necessary. This is often dependent on the quality of healthcare and welfare provided that may be biased towards certain socioeconomic status or cultural background. The wide disparity in these areas affecting minorities, remains to be tackled fairly and diplomatically. As healthcare providers, it is important to continually adapt to evolving socioeconomical and cultural landscape of patients which would foster greater trust and respect for the healthcare system.

This is the third writer I hired this month for this one paper! The first two were horrible (Dr Josephine and A+ PHD Essays). I used this service years ago, so I knew that it would take a while to find a good writer, but I still started to lose faith. Third time's a charm! Prof. Elaine was attentive and speedy. I provided the quotes and asked for original paraphrasing. I only had to change maybe 1% of what she gave me to make it more my style of writing. Thank you so much!

I highly recommend this writer! I was really stressing about my paper and I needed it finished the same day. This writer was very professional and finished my paper within a few hours! The paper is excellent! Thank you!

She did a very good job.

Excellent paper. Thank you so much. I will be using again in future.

This is the second time I have used Prof. Elaine and I will continue coming back in the future! She is an extraordinary writer and always finishes the papers before the deadline. I highly recommend Prof. Elaine

Did a great job in a short amount of time